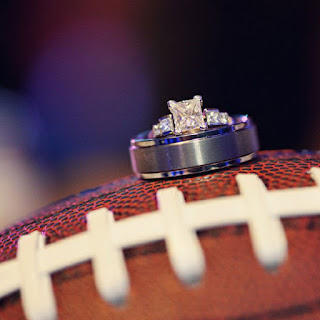 This was given to me by another coaches wife back when we were at the University of Idaho. I thought it could help motivate us during fall camp and the upcoming football season. Best of luck to you this season.


The good Lord was creating a model for football wives, and was into his sixth day of overtime when an angel appeared.  She said, "Lord you seem to be having a lot of trouble with this one.  What's wrong with the standard model?"

The Lord replied, "Have you seen the specs on this order?  She has to be completely independent, possess the qualities of both father and mother, be a perfect hostess to 4 or 40 with an hour's notice, run on black coffee, handle every emergency imaginable without a manual, be able to carry on cheerfully, even if she is pregnant and has the flu, and she must be willing to move to a new location 10 times in 17 years.  And oh, yes, she must have six pairs of hands."

The angel shook her head.  "Six pairs of hands? No way."

The Lord continued, "Don't worry, we will make other football wives to help her.  And we will give her an unusually strong heart so it can swell with pride in her husband's achievements, sustain the pain of separations, beat soundly when it is overworked and tired, and be large enough to say, 'I understand,' when she doesn't, and say, 'Iove you,' regardless."

"Lord," said the angel, touching his arm gently, "Go to bed and get some rest.  You can finish this tomorrow."

"I can't stop now,"  said the Lord.  "I am so close to creating something unique.  Already this model heals herself when she is sick, can put up six unexpected guests for the weekend, wave goodbye to her husband and understand why it's important that he leave."

The angel circled the model of the football wife, looked at it closely and sighed, "it looks fine, but it's too soft."

"She might look soft, " replied the Lord, "but she has the strength of a lion.  You would not believe what she can endure."

Finally, the angel bent over and ran her finger across the cheek of the Lord's creation.  "There's a leak," she announced.  "Something is wrong with the construction.  I am not surprised that it has cracked.  You are trying to put too much into this model."

The Lord appeared offended at the angel's lack of confidence.  "What you see is not a leak," he said.  "It's a tear."

The Lord replied, "It's for joy, sadness, pain, disappointment, loneliness, pride and a dedication to all the values that she and her husband hold dear."

"You are a genius!" exclaimed the angel.

The Lord looked puzzled and replied, "I didn't put it there" 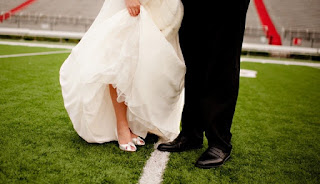