Getting Off The Schneid

One great perk of your husband being a D-1 football coach is the annual wives' trip. It is one game per year where every wife on the staff gets to travel with the team to the game. Fly the charter, stay in the team hotel, take the bus to the stadium.....the whole 9 yards. (Why do they say the whole 9 yards anyway??? Everyone knows we need 10 for a first down😂🤷🏼‍♀️🏈🔟) Going into the this season, I have been fortunate enough to go on 6 wives trips in the 15 seasons that I have been married to the game. Some schools my husband coached at did not have a wives' trip (8 hour D-2 bus rides were not too glamorous anyway!), while others I missed with a baby at home or when was too pregnant to fly.....you know....typical #bigfamilyprobs🙋🏼🤰🏼👶🏼.

I have always looked at the wives' trip as a break from the chaos that comes with having four boys. While it is a short getaway, it is nice to not be pulled in four different directions for even one night....and I love going to a game where I am not ravaging through my bag frantically for fruit snacks...worried I am missing an important play in the game. It is tough for me to get out of Mom mode though....I usually start missing them before I even board the plane! 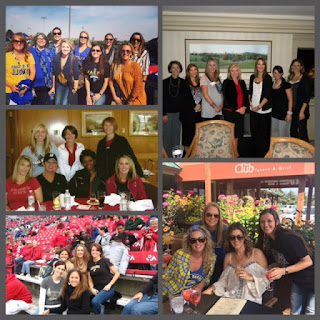 This year, I wasn't sure if I should even be allowed to travel with the team due to a little secret my husband referred to as "my record." Now I am a good girl....there is no police record that would keep me from getting through TSA 👮🏻🙅🏻✈️🤷🏼‍♀️😂. We are talking about "my record" on wives trips....Let's just put it out there....I had NEVER experienced an actual Win on a wives' trip before.....that's right I was literally 0-6 in the six wives' trips I went on. Was I an unlucky coach's wife??? In all fairness....it's not exactly easy playing at Florida State and Iowa where the 2003 and 2010 wives' trips losses we're encountered....but you would think the boys would find a way to win once in 6 tries!! Of all my experiences as a coaches' wife....I have to say there is nothing worse than traveling back with a team after a loss. There is so much disappointment in the air when that entire week of preparation and hard work just wasn't enough. 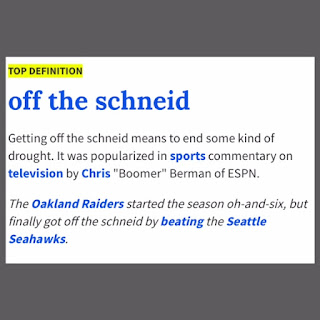 This season at South Dakota State, our wives' trip was to Bozeman, MT, for our game at Montana State University. My husband coached at Montana State right before we came to SDSU, and my youngest babe, Maverick, was born there. His middle name is Montana. Suffice to say...Bozeman is a very special and beautiful place to me....when I heard it was this year's wives' trip, I was on the phone getting that sitter lined up!👶🏼👦🏼👦🏻👦🏼📲🙋🏼✅ 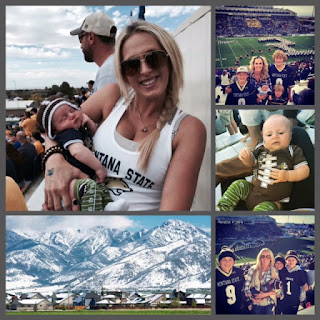 Unfortunately, our time in Bozeman was brief, as the head coach my husband worked for was fired right after the first season we moved there. He was the school's all-time winningest coach, but a 5-6 season (his first losing season, mind you) did him in. The new coach did not retain my husband on the staff, so we were on the move again. While it's tough to go through that when you were only there for one year....that's sometimes just part of the deal being married to a coach👉🏻👰🏼💍🏈 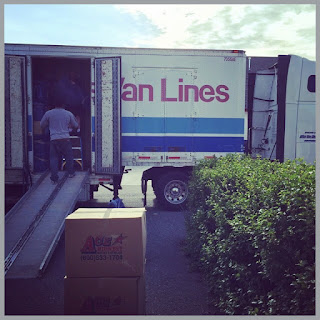 So while I was thrilled to be going back, I was also hungrier than ever for our team to get the "W" after all we had been through there. I think some coaches wives will get it....no one likes the feeling of not being retained on a new staff. It's just part of the business....yes....but it doesn't always leave the greatest taste in your mouth. I've always had a little bit of a grieving period after we were let go from a school.

After this last weekend....my grieving is over. I can now proudly say, this coach's wife is thrilled to have experienced my first "W" on a wives trip. My unlucky streak is officially over!!! We won 31-27! It was down to the very last play....but we won. A win is a win, and this is one that really felt good on so many different levels. Proud of our team....both players and coaches for battling till the end. So very blessed to be a Jackrabbit....GO JACKS!!💙🐰💛🏈 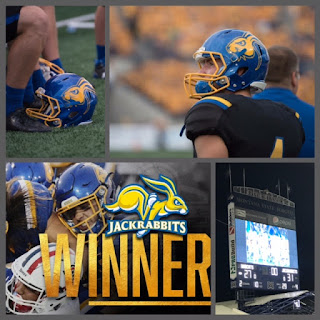