When I think about my life and what being married to a college football coach entails....it strikes me that there are quite a few ups and downs in this business. There are moves (9 times in 15 years for us to be exact), which lead to plenty of packing and unpacking. There is the experience of seeing beautiful new places for the first time, as well as time spent living in towns and cities that leave much to be desired. There is the excitement of seeing your husband’s hard work pay off in the form of a promotion or new job at a higher level.....and the disappointment of losing a job after a season gone wrong.  Even within the same season there are glorious Saturday evenings after a W, and miserable Saturday nights after a tough loss. Despite this craziness, I love being married to a football coach. One of my favorite parts of this business is meeting new people.....my #footballfamily. 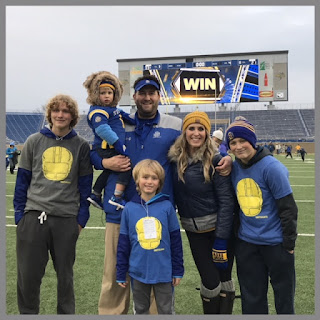 My football family encompasses more than just my sons, husband, and I. In fact, I've gathered new members every place we have lived. Through good times and bad, my football family has always stepped up and been there for me. 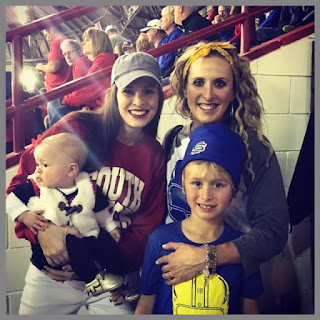 While we were at the University of Idaho, I had my second baby, and a coach’s wife (and dear friend to this day) came in the middle of the night to be with my 2 year old son while we went to the hospital. She was there for me when I was in the middle of  contractions—now that’s a football family at its best. 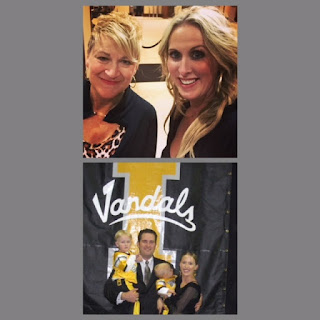 When my husband has been on a staff that got fired, countless coaches’ wives reached out to me. Although it’s part of the profession, it’s never easy no matter how many times you've gone through it. Those wives continuously checked in just see how I was and to keep me in their thoughts and prayers. Those little moments when a fellow coach’s wife reaches out can mean the most.

Even after my husband found a new coaching job, we were spending months apart, and that’s tough on a family. When I have been packing up homes with little kids running around, my #footballfamily has come to my rescue with packing paper or an extra moving box they had lying around. In all honesty...some of us coaches’ wives are truly afraid to get rid of those things. 📦 📦🚛🚚 Seems like as soon as you get rid of them, you need them again! 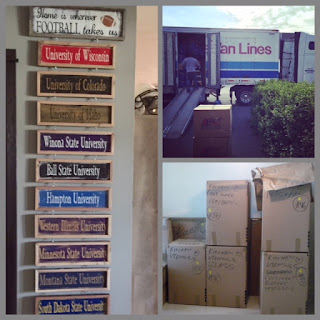 My football family is always up for a long drive to to an away game. It is always wonderful to see old friends from past stops on the coaching carousel. Even if we are now rooting for different teams, it does not matter, we are part of the same football family. 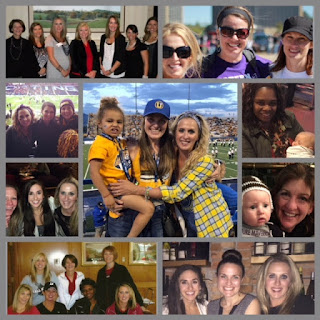 Many coaches’ wives like myself don't have the luxury of having family close by to help watch our children. I've had coaches’ wives help out at a moments notice when a babysitter canceled. They just get it.

But it’s not just coaches’ wives in our football family. We’ve become close with families of players over the years. One of my favorite traditions was when we were at Minnesota State University and we would have the “5th Quarter” after our home games. It was great way to meet and get to know the families and friends of our players. To this day, we are still close with some of those families. 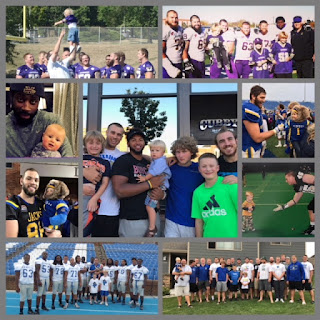 The players.....let’s not forget about those boys. They’re almost like having more sons of our own......what can I say......4 just isn’t enough👦🏼👦🏼👦🏻👦🏼😂. I hate when they get hurt, and I love seeing them succeed on and off the field. I know boys well....I feed them treats during game week....or an occasional meal at the house. It has always been an exciting day for our sons when the offensive line comes  over to the house for dinner. When one of them is successful enough to play football after college....you better believe one of my sons will be asking for that jersey for Christmas that year. 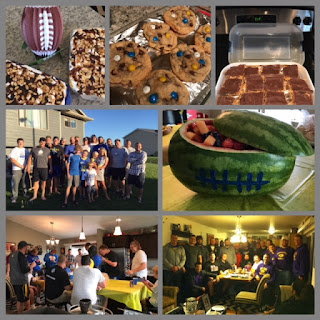 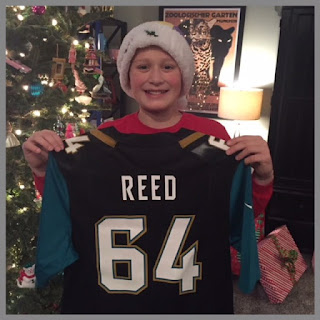